On Christmas Day 1914 there was an unofficial ceasefire along the Western Front. In the week before German and British soldiers crossed the trenches to exchange seasons’ greetings, gifts and even prisoners. There were joint burial ceremonies and some meetings ended with the singing of Christmas carols. One of the most enduring images of the “Christmas Truce” as it became known, was of the soldiers from both sides playing football in no man’s land. The cessation of fighting had been a spontaneous reaction to the months of fighting, but was quickly suppressed by the high command of both armies which forbad further fraternisation. In 1916 in the aftermath of  Verdun, the Somme and the use of poison gas the soldiers were no longer amenable to a truce.

A report in the Melbourne Herald of a German ship arriving in Port Melbourne in September 1919 caused some concern before it was helpfully explained that German ships, handed over to the Allies under the terms of the Versailles Treaty, flew what was called the “Armistice Flag” from their highest mast. The flag was divided into three horizontal sections of alternately white, blue and white. It was correctly flown beneath the ensign of the country to which the vessel had been allotted. Some of these ships were used to repatriate Australian soldiers.

Allied soldiers serving at the time of the Armistice were awarded a Victory Medal on which was inscribed “The War for Civilisation 1914-1919”. There was no agreement then as to what to call the war. The name most commonly used was the “Great War”. It was not until a global war erupted again twenty years later that it earned the epithet “World War I”.  British Prime Minister and historian, Winston Churchill referred to the Great War as the “Third Balkan War” by way of explaining its origins in earlier conflicts in the region. The last of these became the trigger for a wider European war with the assassination of Austrian archduke Franz Ferdinand in July 1914.

In August 1917 Pope Benedict XV issued a Peace Plan calling on all belligerents to cease fighting and resolve their differences through arbitration and a “conciliatory frame of mind”. Both sides ignored the pontiff’s seven-point plan, although its format and content were very similar to Woodrow Wilson’s 14 Points, which were eventually adopted as part of the Treaty of Versailles.

During the Armistice authorities in Berlin permitted the military guarding the city to stage a symbolic triumphal parade through the city’s Brandenburg Gate, an honour traditionally bestowed on victorious armies returning from war. The gesture, meant to deter communist insurrection as a show of strength fed suspicions among the Allies of a return to militarism. 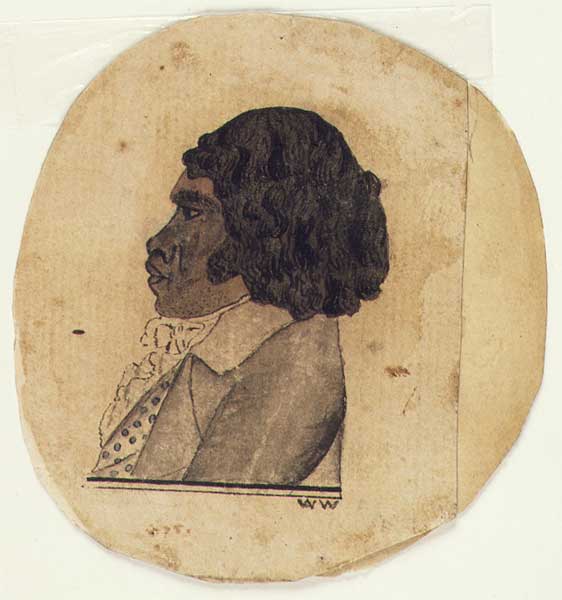 The Darug tribe are an Aboriginal Australian people, who share strong ties of kinship and, in pre-colonial times, lived as skilled hunters in family groups or clans, scattered throughout much of what is modern-day Sydney. Originally a Western Sydney people, they were bounded by the Kuringgai to the northeast around Broken Bay, the Darkinjung to the north, the Wiradjuri to the west on the eastern fringe of… 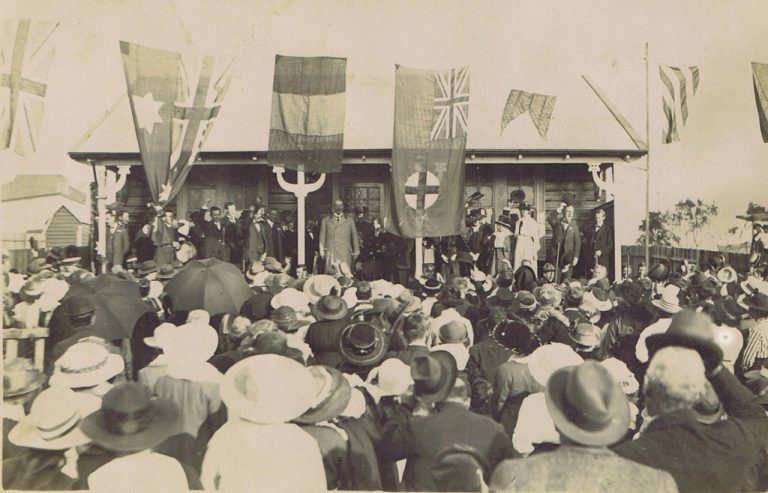 In the last issue of Nurungi we wrote about the bazaar held by the New Station Committee (North Strathfield Station) on 15th June 2018 to raise money for the Concord Soldiers’ Aid and Voluntary Workers Association and feel we should elaborate a little more. An article in the Sun newspaper of 2/6/1918 r eported: The… 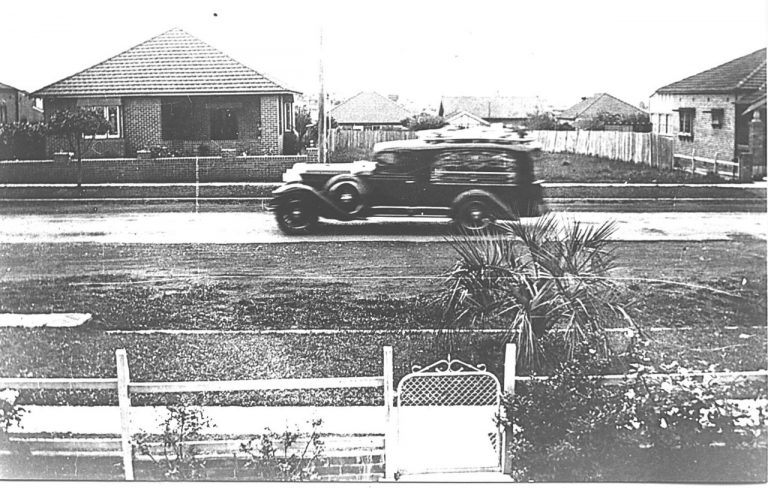 The passing of Dame Eadith Walker has left a great blank in the life of the community. From the earliest days of the colony her father was connected with its history and progress, and as he was a benefactor in his day, so she was a benefactress and supporter of every movement which made for… 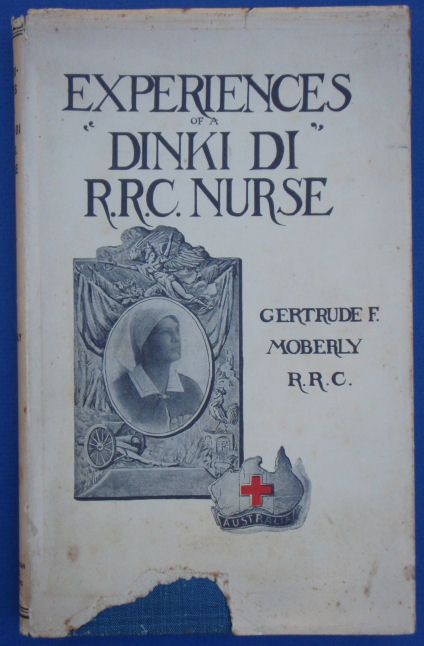 This following book review was published in The Labor Daily (Sydney) on 24 June 1933. War Letters “Experiences of a ‘Dinki-Di’ R.R.C. Nurse” by Gertrude Moberly, R.R.C., is an instructive and interesting publication of letters written by Matron Moberly during the Great War.  She rendered very considerable services during that War, with the result that… 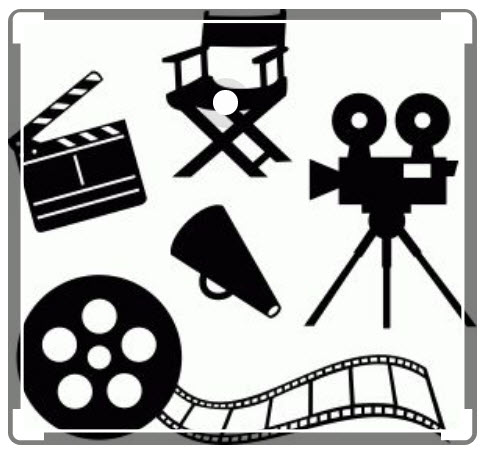 (The following article, found on Trove Newspapers site, was printed in the Sydney Morning Herald, Mon. 29 Jan 1934.) Actor’s Reminiscences Amusing reminiscences of the early days of Australian films were given to members of the Sydney Movie Makers’ Club in a lecture by Mr. Eric Howell, a former actor. Mr. Howell said that as… 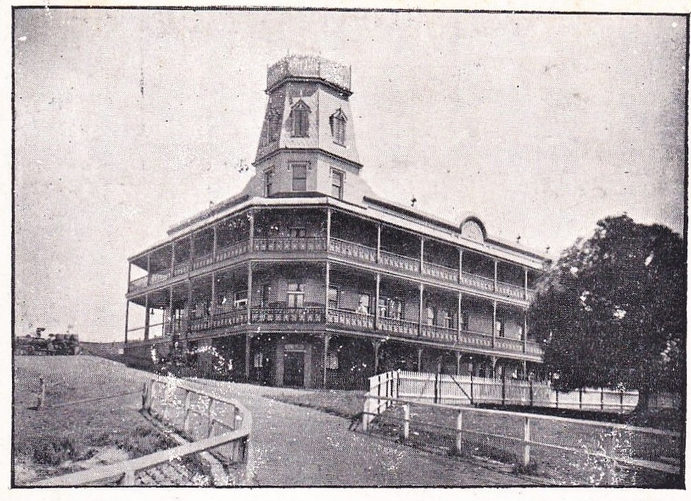 The original Palace Hotel was opened in 1886, the same year as the gasworks It was built on the river at the end of Tennyson Road, where the River Quays Marina now stands. The first licensee was John Stuart. The hotel, known as Mongomery’s Palace, was a distinctive building with verandas and a tower which…