Dr John Cade was educated at Scotch College and the University of Melbourne, graduating with honours in Medicine in 1934. The son of a physician who worked as a superintendant at several mental hospitals, Dr Cade joined St Vincent’s Hospital as a Resident Medical Officer in 1935 and the Royal Children’s Hospital in 1936.

Later that year he was appointed Medical Officer at Mont Park Mental Hospital.  Having served previously, Dr Cade was posted to the 2nd/9th Field Ambulance in Singapore in 1941. Although he was trained as a Psychiatrist, during his time in the Army he worked as a Surgeon.

From February 1942 to September 1945 he was interred in a prisoner-of-war camp in Changi. After the war he took up a position at Bundoora Repatriation Hospital where he developed experiments based on observations of mania he had made during his prisoner-of-war experiences.

His studies on the use of lithium, published in the Medical Journal of Australia in 1949, had arguably the most far-reaching effects of any discovery in psychological medicine made by an Australian. In 1952 Dr Cade was appointed Superintendent and Dean of the clinical school at Royal Park Hospital where he remained until his retirement in 1977.

Although the use of lithium revolutionized the treatment of manic-depressive disorders from the 1960s, it was not until 1970 that he gained international recognition being awarded multiple prizes and honors. Dr Cade was appointed one of the first Officers of the Order of Australia in 1976 for distinguished service of a high degree in the field of medicine.

The Royal Australian & New Zealand College of Psychiatrists (AU) continues to honour the memory of Dr John Cade and his innovative research with the The John Cade Memorial Medal which is awarded to a final year Victorian medical student following a special clinical examination at Monash University or the University of Melbourne each year.

In 1985 the American National Institute of Mental Health estimated that Cade’s discovery of the efficacy of lithium in the treatment of manic depression had saved the world at least $US 17.5 billion in medical costs. In 2004 the Medical Journal of Australia noted that Dr Cade’s 1949 article Lithium salts in the treatment of psychotic excitement was its most cited article over the last 50 years.

To learn more about John Cade visit the City of Canada Bay Museum, 1 Bent Street, Concord on Saturday, 7th September at 1:30 for 2:00 pm start to hear Greg de Moore, Associate Professor of Psychiatry at Westmead Hospital, tell us more of the man and his work with mental health.  See poster for event on side panel.

On Tuesday, 17th April, 1900, the Daily Telegraph published the following article: Through the courtesy of the trustees of the Walker Estate, the 5th Regiment (Scottish Rifles) camped for the principal part of their Easter training at Rhodes. The position taken up is a splendid one overlooking the Parramatta River and closely situated to the…

We all have some possessions, collected through the years; Some bring happy memories, others bring the tears. Not many from our childhood, we didn’t bother then, We were far too busy learning and counting up to ten. When maturity came through we started to collect. Some we threw away later, the special ones we kept…. 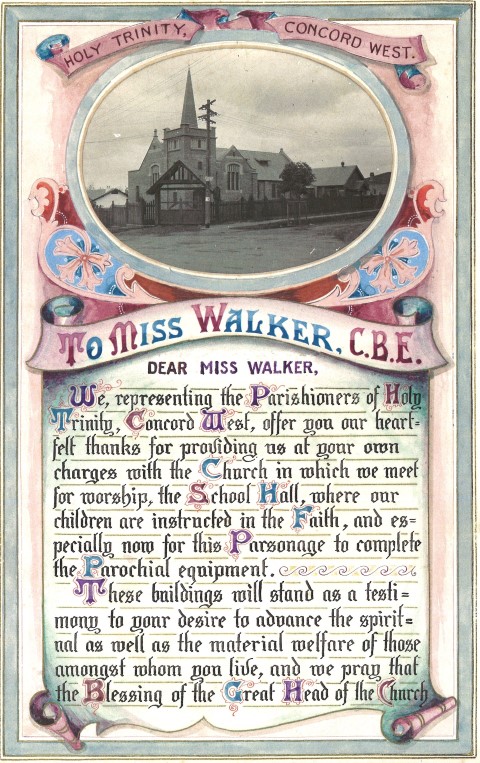 Memorial gates erected by parishioners and friends commemorate philanthropist Dame Eadith Walker. Dame Eadith Campbell Walker (1861-1937), philanthropist, was born on 18 September 1861 at The Rocks, Sydney, only child of Scottish parents Thomas Walker, merchant, and his wife Jane. After inheriting her father’s estate, she was to perpetuate her father’s philanthropies and generously supported… 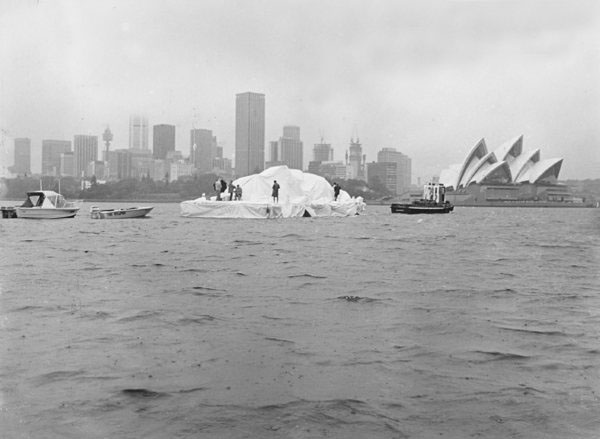 The Sydney Icebeg (April Fools’ Day – 1978) On the morning of April 1, 1978, a barge appeared in Sydney Harbor towing a giant iceberg. Sydneysiders were expecting it. Dick Smith, a local adventurer and millionaire businessman, had been loudly promoting his scheme to tow an iceberg from Antarctica for quite some time. Now he… 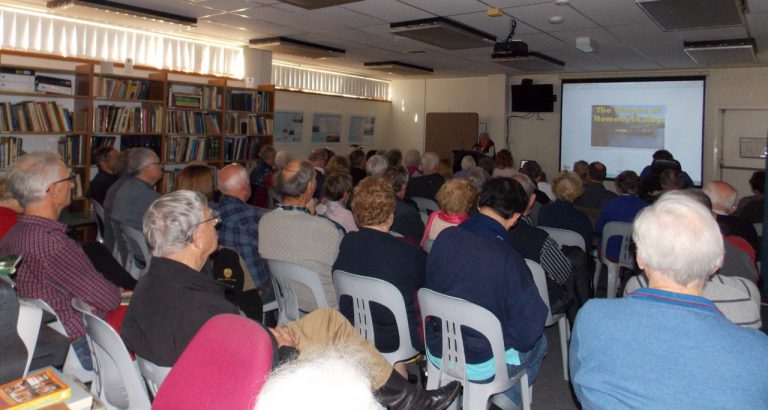 If you didn’t attend our August event you missed a great day.  Betty Candy’s talk was a great success bringing over 60 guests to hear her. It’s amazing how many people didn’t know about this part of our history. Don’t miss out on future talks. 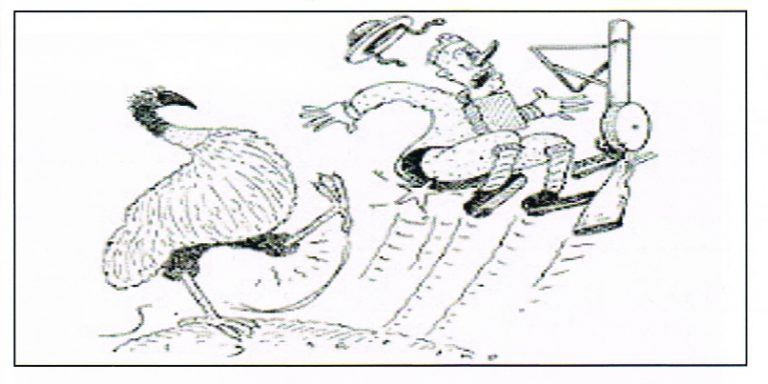 Australia cannot lay claim to any great empires or epic conquests, but we do have one distinction that no other nation on Earth can boast: we are the only country in history to lose a war to birds. In 1932 the farmers of Western Australia, fed up with the 20,000 emus that kept dropping in…